Joining AATAC means that our retailers will meet quality companies with products and services that will help you prosper.
Become A Member!

Opinion: No Fill-Up, No Charge

Home /  Opinion: No Fill-Up, No Charge 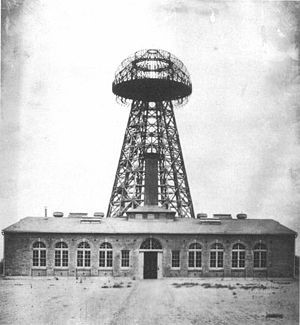 Opinion: No Fill-Up, No Charge

Editor’s Note: The recent announcement of the introduction of the 2019 Audi A8 model—an electric vehicle that offers wireless charging—validates an analysis that convenience-store industry expert Gerald Lewis was already deep into: the disruption that will be caused by the ability to transmit electricity wirelessly. Here is his look at what wireless electrical transmission might mean for the future of humanity in general and the c-store industry in particular.

NEW YORK — The next big thing is almost here—a development that will change the world even more than Microsoft, Apple, Facebook and Amazon have done in recent memory. It is the wireless transmission of electricity over long distances. It will ultimately enable such disparate things as colonization of the planets and elimination of the need to connect homes and factories to electricity sources. Sounds great! But here’s the bad news: It will also eliminate the need for stationary refueling or recharging of transportation vehicles.

In case you think I have been smoking something, here is some background.

More than 120 years ago, Nikola Tesla—a genius Serbian inventor and engineer who created the induction motor and alternating current (AC) electricity and, yes, the man whom the Tesla car is named after—demonstrated wireless electrical transmission in Colorado Springs, Colo. He lit electric lights outside using a large coil inside the building. Based on the success of this experiment, in 1901 he designed and built Wardenclyffe Tower (pictured) in Shoreham, N.Y., an experimental station intended to transmit telephone messages, facsimile images and wireless electricity over long distances.

Due to a dispute over the latter capability with J.P. Morgan, his primary backer, Tesla lost his funding and the project never became operational. The tower was abandoned in 1906 and sold as scrap metal in 1917 to pay off the debts that Tesla, a profligate spender, had amassed at the Waldorf Astoria Hotel in New York. Thus, we will never know whether his method of long-range wireless electrical transmission would have been successful. But this didn’t stop others from continuing to work on it.

Fast-forward to today, and there are some exciting things that are currently happening in this field.

The one that is likely to be the first commercial development in wireless electrical transmission is a radio frequency technology called WattUp, developed and owned by the publicly traded Energous Corp. The technology enables smartphones, hearing aids, tablets and similar devices to be charged wirelessly as far as 15 feet away from the power source. Energous has a development and license agreement with one of the leading consumer electronic companies (rumored to be Apple) and hopes to make it available to consumers in the near future.

Now, Stanford University scientists have developed a way of using wireless power transfer technology to transmit electricity to moving objects. This is a development that, if commercialized, will directly affect convenience stores. Listen to Shanhui Fan, a Stanford professor of electrical engineering: “We still need to significantly increase the amount of electricity being transferred to charge electric cars, but we may not need to push the distance too much more,” he said in a Stanford publication. “In theory, one could drive for an unlimited amount of time without having to stop to recharge. The hope is that you’ll be able to charge your electric car while you’re driving down the highway. A coil in the bottom of the vehicle could receive electricity from a series of coils connected to an electric current embedded in the road.”

Both the Energous and Stanford solutions are quite limited in the distance over which they can deliver wireless electricity. A feature in Stanford’s solution is that it does not require line of sight. 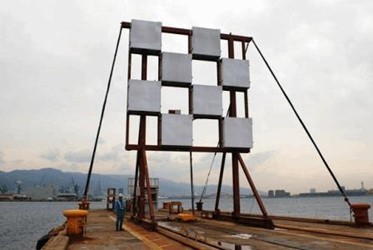 For longer-range wireless power transfer, one can use microwave beams. Such a technique does require line of sight. A group of Japanese scientists, working with Mitsubishi, have transmitted 1.8 kilowatts of electricity “with pinpoint accuracy” to a “rectenna” 55 meters away using microwaves. Rectennas (pictured) are flat, wireless power reception antennas. These Japanese scientists are working for J Space Systems on a project called Space Solar Power System that is being developed as an alternative future energy resource, with the support of the Japanese government.

“It will take significant time and effort to overcome the many hurdles … of the [Space Solar Power System],” said Japan’s space agency. “But even the incremental technologies such as ‘rectennas’ could prove useful sooner. Such technologies could be used to send power around factories, enabling machines, sensors and workstations to be easily reconfigured without having to run new power cables. Or consider balloons that send power down to areas hit by natural disasters where electric power is out.”

Clearly, long-range wireless electricity transmission is an idea whose time is coming. When it does, the implications are endless. Just think of a GPS system transmitting electricity to your car the way such systems currently provide you with directions.

How soon will this happen? It is impossible to tell, but, in today’s world, once developments begin, they frequently come to scale much faster than anyone can imagine. A good example is a service that was introduced by FedEx in 1984 called Zapmail. At the time, fax machines were too expensive to gain widespread use, so FedEx would pick up your document, fax it to the closest Zapmail station and deliver it the same day. FedEx invested $250 million in the service but discontinued and wrote it off two years later, because the cost of fax machines had dropped so much by then that virtually every business that needed one had one.

The lesson is that we should start preparing now for a future where cars no longer have to stop to refuel. How? By thinking of convenience stores as destinations. While cars may no longer need the sustenance c-stores can provide to keep them going, the people in them still will. So the industry must focus on all the things the people need and want. What are these? In an editorial in CSP 15 years ago I called these things “the four F’s”:

Fill-in. This is the foundation of what defines the convenience-store category: the ability to buy the things consumers run out of in between trips to the supermarket. It has been viewed as being confined to food and household items, but a good case can be made for expanding it to cover things such as printer paper, ink cartridges, tech items and other items that recognize changes in the way we live today.

Fast food. A convenience-store today cannot be truly successful without a strong fast-food program. It is also the area that offers the greatest opportunity to create a distinctive positioning but the hardest to do consistently every day at every store.

Fuel. The continuing roller coaster in oil prices reinforces the importance of using net operating cost accounting to measure the performance of each c-store site based on the amount above or below cost at which it can sell gasoline and still break even. While motor fuel is a commodity, a professional appearance, convenient access and competitive pricing will attract shoppers every time.

Fun. This is an emotional rather than a physical differentiation. So much of what retailers sell is related to taking a break in the day—candy, quick foods, lottery, etc. This is an area where retailers can differentiate their stores by presenting them as providing some fun (or at least temporary relief) in this stressed-out world.

These four F’s are still as valid now as they were in 2003. But if you eliminate fuel from the list, another F must take its place: fundamentals. While change is constant and necessary in the world of convenience retailing, the fundamentals always continue to apply. So think of the c-store as a destination for fill-in, fast food and fun—and then constantly try to expand how to meet those fundamental needs. Then if the time comes when the strength of the offer, not the number on the gas price sign, will be all retailers have to make the cars drive past competitors to stop at your site, you will still have a successful business. And if that time doesn’t come soon, you will be way ahead of the game.

Gerald Lewis is a semiretired consultant who has served more than 300 convenience-store and oil companies at board level on five continents for more than 40 years. He can be reached at 646 215-7741 or by email at glewis@c-man.net

Our Partners understand that together with thousands of other retailers like yourself we bring a buying power that is unsurpassed in this industry so they are willing to offer you the best deals and superior service exclusively through this website! Remember to check back continually as we strive to enhance your experience by constantly expanding our ever-growing network of quality partner companies.

For any questions regarding this website or any of our partner companies please send us an email and we will respond to you shortly or feel free to contact the company directly and reference this website to take advantage of our partner’s exclusive offers. Usage of any elements of this website constitutes your acknowledgement of our Terms & Conditions for usage and contact.

Here at AATAC we are always looking for companies that may enhance our member’s businesses and better the industry as a whole. If you are interested in becoming a preferred vendor within our network please fill out this information form.

Send info and materials to our receivables office:

Answer the Question of the Day by filling in the information below and send it to us for your chance to win the prizes and exclusive discounts offered only to our members!

Located on the front page of our national website is a field called “Question Of The Day” (QOD). Each day we post a different question about the products and services that are presented through our website. The answer to this question can be found on one of our partner’s web pages. Our members will navigate through the preferred vendors page to find the answer to your question while subconsciously educating themselves about your company! AATAC effectively selects members who answer the question correctly to win rewards which include; rebates, complimentary services, cash, promotional offers from vendors, prizes, giveaways, etc. *Your QOD should be 1-2 sentences in length and can not name a specific product or company within the question.

Here are some examples:

Which preferred vendor offers your customers a 99% accurate drug test that reads results in five minutes?

One of our partner’s provides important compliance training classes in a virtual setting for a low cost. Who is it?

When your logo and redirect are added to our preferred vendors catalog it offers two very important elements to members: